Sequel to Press Council’s publication on the 20th November, 2022, indicating the 72-hour ultimatum given to the hostel managers by the Student Union body to meet the students’ demands, occupants of Olori Hall of Residence has renounced their plights.

Olori Hall of Residence occupants trooped out in numbers for a peaceful protest indicating the end of the 72-hour ultimatum without a positive response from the hall managers.

Among the complaints of the occupants are irregular supply of water and electricity, congestion in the room, dirty water tanks, security and grown grasses and weeds within the hostel environment.

One of the protesters came out with a home-made placard that read “We say no to lack of infrastructure facilities in the hostel, and inadequate security, our voices must be heard”.

“The hostel management are already making us 3 in a room. We were 2 in a room before, but they are now adding new students”, a concerned student told Press Council.

According to the Student Union President, Comrade Oloyede Okiki Joshua, alongside some executives of the Union, who were at the scene of the protest, promised the students that they would see to the realization of their demands and plights.

He equally appreciated the Dean, Students’ Affairs for all he has been doing to see to the needs of the students residing in the hostel, but emphasized that the input of the hostel managers is needed as well, to achieve the desired goal.

The Dean of Students’ Affairs, Mr. Makinde, who also made his way to the scene of the protest, re-emphasized the plans of the school management to see to the end of the problems of the hostel occupants.

He further listed some of the measures that have been put in place for the welfarism of the hostel occupants. He also listened keenly to the students’ grievances, and assured them of a swift response and solution soon.

The Dean of Student Affairs noted that Olori Hall of Residence occupants had never made their grievances known to him, and he didn’t know of their challenges before now. In his words, “the Ramat hostel occupants that complained last week have had their complaints resolved. But the Olori Hostel occupants never told me anything”.

“I will convey your messages to the management, and I will let the Rector know about the situation”, he further said.

He also promised that before the end of this week, there would be provisions for fire extinguishers, as the occupants had earlier requested them. 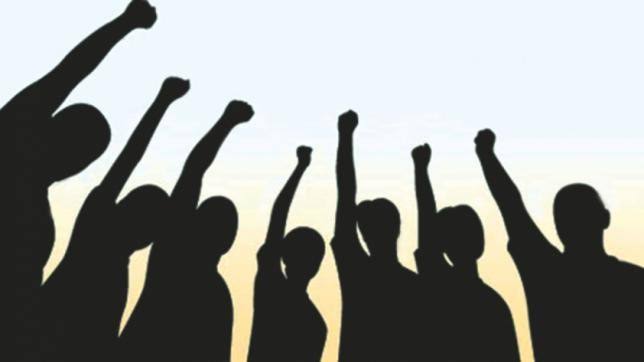 The Prospects of Nigerian Youth; a Bright or Blur Future

Students beg management to remove “Hostel Fee” ahead of exam.