Last night wasn’t something to write home about. When I eventually snatched my home from the clumsy and overcrowded street, heavily flooded with merciless transporters(not their faults tho, though the government failed everyone), who were brandishing exorbitant fares on helpless commuters, you need to see how happy I was when I alighted in front of my house. I joyfully dragged my tired body into the compound only to see unknown creatures ranting like a swarm of bees. My heavy eyes scanned them to be Hikimoh’s siblings, they had invited their friends from the neighbouring compound to admire their new hairdos.

I forced my way amidst them into my room where I dumped my exhausted body, on my partly-laid Mouka foam. I entrusted my soul into the hands of HYPNOS(the god of sleep), but he had to return it when Rams and Cows started exchanging pleasantries around the neighborhood. Only God knew what their conversations throughout the night was all about.

Àkùkọ Gàgàrà, my diligent timekeeper, understood my predicament, so instead of blaring his crooked voice into my ears, he left the devouring breeze of the rain to wake me by feasting on my naked skin.

” Oh, it’s daybreak already…it has even rained sef “- I said, as my fingers lust after the wrapper I must’ve knocked out while jactitating.

When I managed to open my eyes, which were now clear and light, I saw a heap of smoke hovering around my window…” what is burning laidis abi where’s this thing coming from…”. I stepped out to quench the thirst of enquires troubling my mind. Lo and behold, the smoky cloud wasn’t from a fire outbreak, Hikimoh’s mum was with a large spoon beside a boiling pot. She looked more innocent and naive as ever, she had people around her, but her worn-out look made it seem she was helpless. I wanted to help her, but I stayed back (didn’t want her to think I’m offering assistance because of food).

The few minutes I spent outside drew my attention to the uniqueness of the atmosphere this morning. The atmosphere wasn’t the usual hustling and bustling one, the aura of love dominated the air. Only the dead won’t feel peace and joy moderating the atmosphere. I decided to take a walk around the neighborhood to explore this beautiful atmosphere. Stepping out, I noticed the drainage wasn’t green nor black, Hikimoh’s dad had rinsed the slaughtered Ram’s blood into it already. The diluted blood of the ram that stole my sleep last night now flows in the drainage. At last, I conquered!

The skimpy clothes I had on me were too immature to confront the Goliath of breeze, the rain birthed before it’s departure, so I had to return to my cave. I almost cornered my way into my apartment when I saw Hikimoh stepping into the compound in an angelic appearance, she had lali neatly tattooed on her fingers, her face was as radiant as the sun, her steps were carefully taken as she ushered her siblings back home from Yidi. Abayas made of unique designs weren’t found on Yahoo boys riding Lady bikes anymore, they looked cute on Hikimoh and her siblings as well. I marvelled at her impeccable beauty as my oesophagus gaggled up and down. Don’t worry, I’ll tell you about Hikimoh someday.

Although, Hikimoh is yet to knock on my wooden door with a dish in my tiny hands, the pictures on her status updates have filled me to the brim already. I still long to hear her soft lips spell out my name tho, but I’ll appreciate it more if my Salah Package is the reason she’s calling out to me this time around.

It’s another Eid Mubarak already, another moment of love and celebration has crept in again, I’m glad to celebrate this special day with you, Hikimoh. 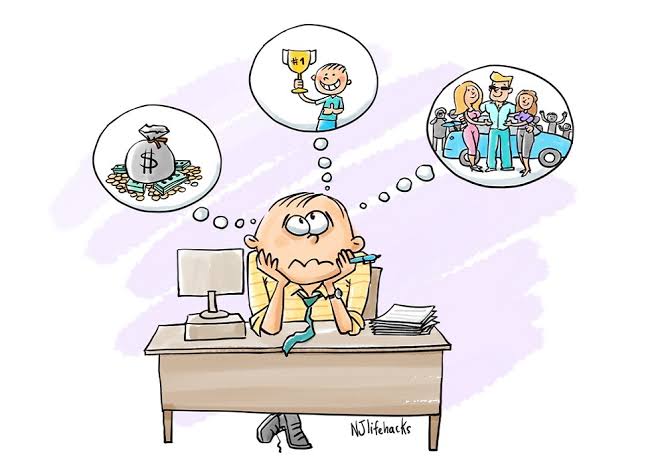 THE ILLS OF MATERIALISM IN OUR SOCIETY