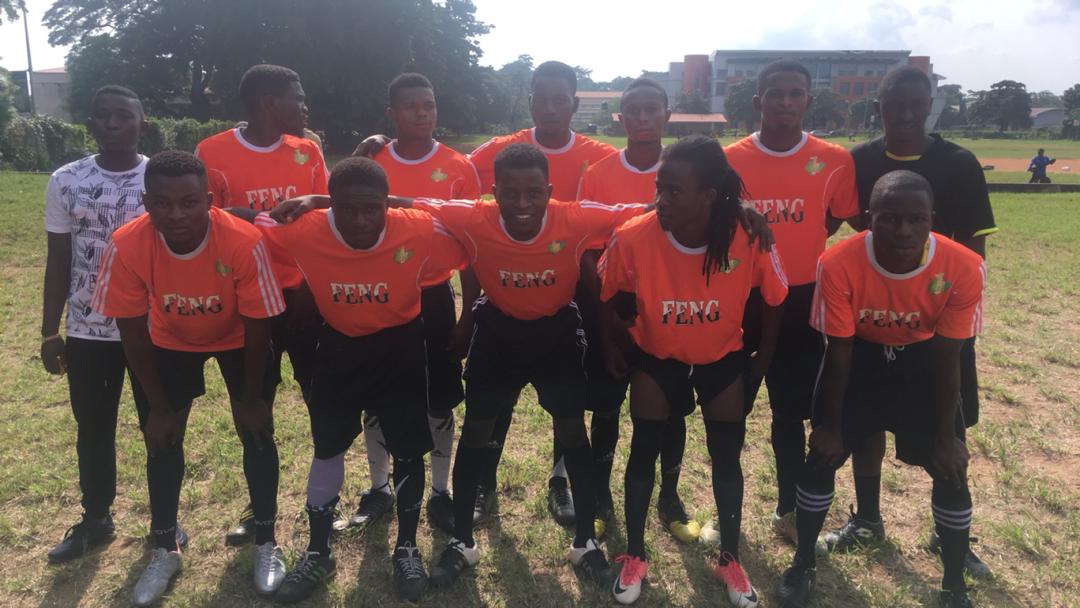 The Football Match started with a good ball possession from both teams, but 29th minutes into the match, U.I Tech Striker, Galan, put his team ahead with a penalty kick after he was fouled inside the NAPES team box 18.

Two minutes before the end of first half, NAPES team forward, Wale, leveled the score as he netted a beautiful goal, making the first half ended in a 1-1 draw.

The U.I Tech team took a 2-1 lead two minutes into the second half with a free kick from Taofeek, projecting the powerful shot from 20 yards of the NAPES team goalpost into the net.

NAPES team maintained control of the game, playing with confidence as they retained possession. However, U.I Tech team sat deep on the counter-attack and were prepared to concede territory as they focused on using pace.

NAPES team doubled their advantage nine minutes later, and a controversial penalty kick was awarded to NAPES team. Isaiah tapped the ball into the U.I Tech goalpost to secure the NAPES team a draw.

The match furthered, and in the 78th minutes, NAPES team midfielder, Abeeb, fired in a spectacular strike to put his team ahead on the half hour mark and make the scoreline 3-2 in favor of Napes Team. U.I Tech team however didn’t find an equalizer as Napes team held onto the win.

FBCS Conference Day Two: We Are Consumers of what the rest of the World produce” – Osaghae tells Intellectuals.

Management of FFMS meets with FFIMSSA Executives over participation of students in the coming conference.