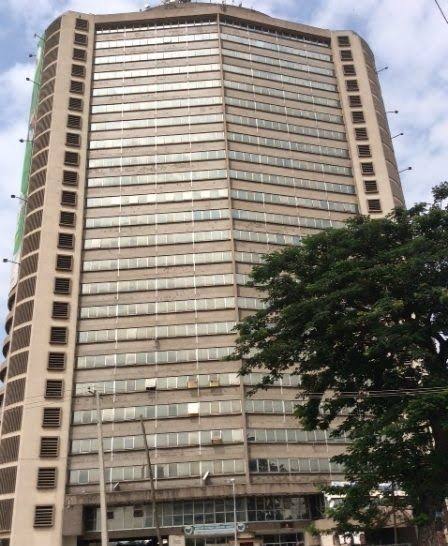 By: Awau Adegoke
The magnificent twenty-five storey building was the first of its kind in West Africa, and the tallest building in Nigeria when it was built. The historic monumental Cocoa House, Ibadan will ever remain relevant as one of the enduring legacies bequeathed on the Yorubas, a nation by the late chief Obafemi Awolowo and his compatriots.

Standing majestically at Dugbe Business District of the city centre, the magnificent 25-storey building in Nigeria when it was built, it was officially commissioned for use in August, 1965.
The then Western Region Government, headed by chief Awolowo, came up with the idea of building the cocoa house. The work was handled by Capps and D’Alberto construction firm as one of the major constructors. In actualizing the dream, the government has invested in the project the profit accruable firm the cocoa produce emanating from the farmers in the region. Cocoa was then the main sources of government revenue.

The Cocoa House was primarily conceived by the western Regional Government as morale booster project for the teeming farmers in the region: reported by Babajide Famuyiwa, the curator and all of films.
Hence its original name “Ile awon agbe” (that is, the house of farmers in Yoruba). It was to serve as incentive and common wealth of the Yoruba people who were predominantly Cocoa farmers, thus showing then that their efforts have being justifiable. And also, the fact that cocoa produce was not only profitable but could serve as a revenue generating investment.
At inception Cocoa house served as the corporate headquarters for several investment of the then Western regional Government which are today operating under a common conglomerate known as Odu’a investment company limited. These include Wemabod estate limited, Odu’a printing press limited, Epe plywood, Lagos Airport Hotel, Nigeria, among others. In addition, many leading private investor and organization were proud to have offices within the cocoa house.

Tragedy struck the Cocoa House in January 9, 1985 when the building was gutted by fire. It was obviously a setback for the first growing conglomerate. It took the Yoruba States of Oyo, Osun, Ondo and Ogun a whole seven years to rehabilitate the edifice and restore it to its present position, after some modifications by August 3, 1992, the rehabilitated Edifice was jointly commissioned by the ruling Yoruba state governors; Chief Kolopo Isola (Oyo) Chief Bamidele Olumilua (Ondo) and others.
However, the economic reality of the moment has been taking its toll on Cocoa House which was fully occupied with people and organizations eagerly seeking to be occupants of the high-rise structure, the story is no longer same presently.

Investigations by the correspondents revealed that only about half of the twenty-five floors are currently fully occupied. It was reliable gathered that many potentials are sceptical of going for high rise buildings, largely because of irregular electricity supply to power the lifts and other infrastructures.
The economic outlook of Ibadan has started witnessing a visible change for the better since June 27,2013 with the grand opening of the cocoa malls housing the duo of Shoprite strategically located bedside the 25-storey edifice.
With the additional entry of Heritage Mallon October 31, more life has been injected into the scene with crowd of people of valid background trooping in and out of the malls daily, doing their shopping.