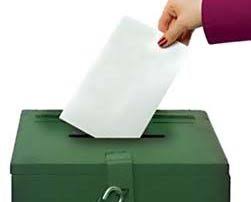 Electoral Malpractice is a sub category of political violence, which deserves special consideration. This horrific event has brought a phenomenon that has evolved over the years which is the nexus between students union elections and violence. This should serves as a wake up call for all tertiary institutions and nation to prevent such outrageous actions.

Elections are key elements of democratic processes. They provide for transplant and peaceful change of government and distribution of power. The importance of election in any country’s political process can never be emphasized. The system of election could be open as exemplified in the show of hands or standing behind the person one supports. It could also be by secret ballot whereby ballot papers and ballot boxes are used. People vote for representatives of their choice secretly such that only the voter knows the candidate he voted for.

Some electable offices for which elections are conducted before a leader emerges include: the executive and legislative organs. The legislative is known as the students representatives council (SRC). The executive houses which include many offices such as student president, The Vice President, Secretary general, director of socials, treasurer, director of sports, financial secretary and public relations officer. Some reasons why elections is conducted which include: It enables people to participate in the government, it enhances the legitimacy of the government, it affords the electorate the opportunity to test the popularity of its programme and helps the minorities to express their needs and ideas to avoid being swallowed up by the majority.

However, when the vital pre – conditions for conducting a free and fair election are neglected and not met and the reason for conducting elections are defeated, election malpractice results. Election malpractice could be defined as the act of cheating, scheming and use if fraud to maneuver an election. It is a social ill that drugs political system and tarnished institutions political image.

Above all, one if the major causes of electoral malpractice is the desire to gain undue advantage over other credible candidates as such act will catapult them to power without healthy competition thereby institutionalizing government that is not representative of the choice of the students.

The solution to an electoral problem is to ensure that every vote counts. It means of establishing social contract between leaders and the voters, therefore the integrity of the voters must be ensured. Student’s union election which is conducted in academic environment should be credible, free and fair, devoid of irregularities, where student’s electorates choose their leaders without the fear of favour and intimidation, but by their common consent. The student’s union government should remains a government that should be built under democratic principle.

A credible case study is The Polytechnic, Ibadan’s innovative e-election initiative from last year. This system brought in the recent sets of executives over an highly contested election. It’s highlight is that It was a stress-free system that limited the chances of ballot snatching, other forms of rigging and violence. Still yet, human vice can’t be completely written off, as there were reports in certain corners about not only hacking but of paddling and information theft. But then again, it’s advantage in removing the violence factor must be applauded.

Protest in Polyibadan as Part-Time Students Trooped Out Peacefully to Show their Grievances.