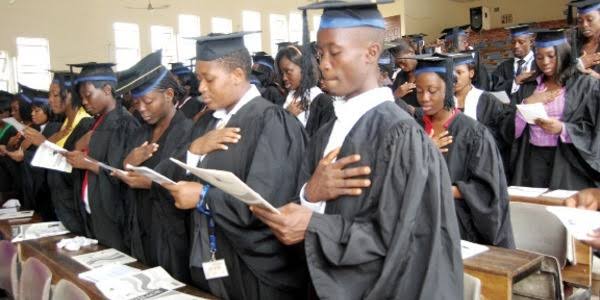 Acting in a particular way, and the ability to differentiate bad from good portrays how disciplined you tend to be. This is on the basis by which you were groomed. Certainly, the level of morals one has a reflection of the society, family, or the peer group you walk with. The fact remains that a child always has a specific character as studied by people around him as he grows.
Envisaging morals is beyond the educational level. Thus, the level of morals among students of tertiary institutions calls for an assessment as it is a reflection of the kind of morale developed probably from their previous school level. Many students could not see their actions as bad behavior because of the kind of habits they indulge right from their elementary and secondary school days.

Therefore, as a student in the tertiary institution; (The Polytechnic, Ibadan as a case study) there is no point in saying you are under influence (of peer group), rather doing what you perceived to be right for you. Are you still under influence? Your dressing to school in a sense that you could even think of avoiding the institutions gatekeeper from seeing you, Crazy people with Crazy wears under the guise of civilization and globalization. Whereas some come to showcase what they have got, flamboyant, flaunt and parade within the school premises and form big girls/ boys on campus.

The common adage; you are addressed the way you dress, is it adhere to? Does it choke you? Thereby, restricting yourself to certain offices on that day, since you know that lecturers at the department and faculty officers will not want to see their students dressing anyhow. Bike! Bike!! Bike!! With the urge to draw their provocative skirts that reveal their cleavages down. Apathetic scene while mounting the motorcycle or adjusting their trousers up to their waist when you are proven to be an educated MARLINS.
Such students would not also hesitate to sit at the back in class. Honestly, the morals of the gatekeepers also have to be questioned, why allowing such students into the school environment for violating the school mode of dressing? But the bone of contention is based on the ecological factor militating against the strict adherence to the stipulated factors coupled with socio-economic malaise. Where is our problem coming from and where have we failed in ethical conduct?

Moreso, School 2 which I wonder why such exist in a sane environment, supposed school inside the school. The usual pidgin language how una dey? It is lack of morals that make students make the discretion to interrupt the peace of a class in the course of lectures, thereby hindering the lecturer from discharging his duty and has no choice but to leave the class, while those nuisances also as soon as they satisfy their conscience. Similarly, some students decide to sit separately at the edges of the class make to an utterance that opposes or diverts what their lecturers were saying in the interest of disturbing the class. You will hear NOOOOOO NOOOOO NOOOOO; does that indicate manners?
Based on the assessment, the ways of doing things of any student were inculcated right from their childhood stage. Faculties and departmental handbooks presented to every student by their faculty and department respectively are not accessed by virtually 95% of all the students in The Polytechnic, Ibadan. As a student, do you? The habit of not reading through the handbooks does not allow you to even know your rights as a student, not to talk of knowing the etiquette of the institution.

What is expected from Lecturers and Key Players who will inculcate discipline? A disciplinarian will not only pose that attitude with words of mouth by saying Silence even with that liquid tone probably antithetical to the tensed atmosphere. Go out of my class! Security, I need your attention! Dont ever come to my class in such tattered clothes! Have you attended Dr. Mrs. Akinseye’s (Department of Public Administration) class? Then if you are a shaft among the tares, she will never allow you to stay in any of her classes. Oh, you have unkempt or tinted hair, putting on a crazy Jean, and some other deviant behavior. She will rather call the attention of the school maintenance (security) officers to get hold of such students and make sure they all have a meaningful haircut, doing this to show her disappointment in them even as an administrator.

Furthermore, the faculty officer (FBCS) will always be mad at any student (male) with bushy hair. He will rather order him to go to a barbershop to cut the bushy hair or he should get a comb to make his hair look good, or else he will ensure none of his documents get signed. For the female deviant eggs, then you have not been there or you have not completed your registration Whereas all these things call for common sense and the level of morals in you.

It is quite important for students of this great institution of learning to note that they are here to learn, and should have no other choice than to conform with the norms of the institution. And then, having it in mind that the rules of the school are meant to be used to develop them for a better future.

DEMOCRACY OR DEMOCRAZY IN NIGERIA.

SNORING AND OLD AGE, ANY CORRELATION?

We Can Do It