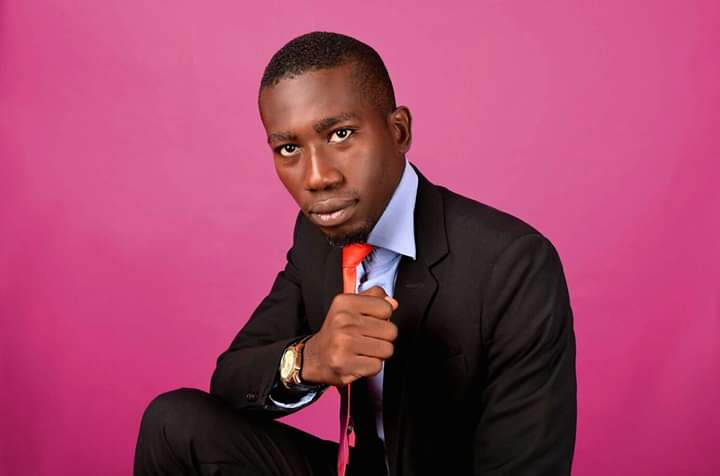 The basis of the suspension is still unknown to me. I have never been called to a table to dialogue that this has been the Union’s crime and we are suspending you for that. – AKADIRI.

This was stated by the suspended Students’ Union President of The Polytechnic, Ibadan, Com. Akadiriri Bayonle Seun, in a Press conference on Monday, 15th April 2019.

While expressing his displeasure concerning the suspension to The Press correspondents present at the conference, he stated that he was not aware of the reasons for the suspension. He stated further,

At first when the suspension news of the Union’s activities was released, I thought it’s appropriate, perhaps to calm the situation, but the subsequent days after we got the news of the suspended Union’s activities through the Press Council, we got to know later that the Union has been suspended which left us with asking the question, why? To this effect, to me, the Union has actually done nothing wrong liable to get a suspension. Moreover, the Competition is an annual activity, and of course the security department was notified. Consequence of what transpired on Wednesday, the Sport Directors of the two faculties calmed the situation and everything went well. It was after the match that the ruckus came up again of which some Students’ Union Executives intervened and were assaulted. But this according to observations, I believe was not done by Polytes, it was done by some people who only tried to hijack the situation.

To say, we have no grudges with the management. And as a matter of fact, the new management just came on board some days ago, and we haven’t met officially, so how would misunderstandings come in. The last time we met was during the inauguration of the new management. And since the inception of the suspension, I have met with my executives and deliberated, and on the day the news of the suspension was out, I tried to reach the School’s PRO, Alhaji Soladoye, but I haven’t been able to reach him.

In subsequent questioning, the President was asked on how he sees the public pronouncement of the Students’ Union Suspension by the School’s PRO during his interview on Naija FM. And since the inception of the suspension, he was asked on what the SUG has been doing to be ratified. Com. Akadiri exclaimed that,

Initially, the Union has been making some consultations, but in subsequent days of this week, we will be meeting with the management to see the way forward on the issue because we wouldn’t want the situation where the voices of the students will remain unheard.

In his response, Akadiri said he has not come across such. He stated further,

For the consequences of any action, someone must be blamed. In a bid to be clarified, the correspondents asked the suspended President if his assertion says the Students’ Union cannot be blamed for the riot on campus, would he then affirm that as a student, the riot was a result of porous security on campus.

His response was affirmative as he placed emphasis on the ridiculous state of the security on campus as a collective lapse. He said,

I always say that collectivism is the best way to move things forward. The security of the society (our institution) is our collective responsibility. However, if the security on campus is not too good, then it shouldn’t be blamed on the Students, it should be blamed on everybody. It means we all have had lapses in our role to play on the security in campus. And for me, the Students union as a body should be blamed on this as well. I am not going to say the management is at fault or the school security is at fault, but rather our collective responsibility in ensuring our security on campus is lacking.

If we don’t know the cause of a misunderstanding, there’s no way we can work towards achieving a solution. There is however no gainsaying that it has been observed that there has been rift between the South and the North, Com. Akadiri was asked on what he has observed so far when he was President and what solution he has proffered to minimize the consequence of that rift in his administration.

He was factual with his response while making reference to several instances,

I think there has being a time when the Press conducted an interview with me on it, and I said that I don’t belong to South, I don’t belong to North, but what I know is I am a Polyte. We have some north departments receiving lectures at South, and we have some of those in south receiving lectures at North. So I don’t see any discrimination here. I had on several occasions come to South to tend to issues, the last one was during the ‘no registration, no test’ where I, along with the faculty and departmental Presidents, met with the Deans of the Faculties.

In his closing remarks, the suspended Students’ Union President, Com. Bayonle Akadiri reinstated by making reference to the statement earlier made by him that the SUG is as confused as the students. He emphasized further,

On what basis has the Students’ Union been suspended? Is it due to embezzlement of funds, or lack in the discharge of responsibilities?

Part 1: When Shall We Start Questioning Our Students’ Leaders?

Are you building a Bungalow or a Skyscraper

With what the PRO of the school was saying on radio the last time. The school don’t want to be blamed so they pick the students (SUG) to be blamed. God save TPI.

Does that incite that inadequate security also constituted to the break of the chaos? We would like to engage you in a conversation with this.

I see no reason for the SUG suspension as well

Many students are in the dark as well, as to why the Union should be blamed for the riot.

God save us from this school

The issue on ground is not the fault of the student union, so the SUG are not to be blamed

Wow! What’s the connecting link between this??? Then it is wrong for the management to use the avenue of the Queen’s cup to suspend the Union.

@ FOR WHAT,thanks for this.
If truly he is our president he should come out and explain this. We’re solemnly behind you no matter what.