Depression: A bane to lives

“Hurting the heart, destroying the mind, weakening the body” how more dangerous could depression be?
What comes to mind when we talk and hear’ Depression’?

For most of us, we think of mental health, unhappiness, and the likes, which are just a sneak peek of the big picture. The alarming rate of suicide as a result of depression is quite high, Nigeria ranks 15th on the scale of suicide deaths. Although different perspectives are thought of as regards to what really causes depression, some might say it’s spiritual and others mental but the bottom line is that depression remains a domicile health issue in Nigeria today.

According to research, one out of every four Nigerians walking is suffering from one form of mental health issue or another. The issue of mental health has become an important conversation with many people lost to cases of depression. The popular slang “e no dey show for face” makes it hard for be people to know who and who is suffering from depression, even the ever-vibrant youth of nowadays are not left out. Many of them give various reasons for slipping into depression such as; parental problems and pressure, peer group influence, the trauma of incidents, circumstances of unfortunate events, etc, and without adequate care, it ends up getting worse and can trigger suicide.

Various cases of depression leading to suicide in our society are numerous, social media isn’t helping matters either. Three exceptional writers (all youths) died by suicide as a result of depression. They usually hint at the fact that they had inner battles but alas, they ended up dying before they could make their points.
A more recent case is that of the lady, a former student of the institution, who was said to have been squatting at Ramat hostel. This lady was discovered to have been battling depression when she reportedly got into a berserk fight with her fellow roommate as well as the hostel porters. The porter after they couldn’t handle her has to call the security department to aid them.

The matter came to the limelight because it became an open case; everyone saw what happened but the question is, what of those fighting the battles within? That’s how toxic it can be, you might never know one suffering.
This is where counseling comes in. for a student to be depressed, it has to be built up before it gets severe. However, if students are exposed enough to the importance of counseling, some of those who are victims of suicide and depression might never get to reach that toxic stage.

The Polytechnic Ibadan is a well-equipped institution, meaning it has a counseling department where students can go for a therapy sessions. However, it has been discovered that despite the existence of the counseling department, the effectiveness is nothing to write home about.

In a bid to confirm the effectiveness of this department, it was discovered that there is much disorderliness emanating from that department. According to research, students have been complaining about the toxic attitudes the staff of this department exhibits. Some of the students expresses their grievances as they said that whenever they visit the office of the counselor, most times, they are not always on sit. And with time they stopped going.
Another student also gave his opinion as he said; “When I was in ND 1, I wrote some things in my file which they summoned me for and I was counseled, so what happened to their effectiveness? Now, all these new officials do not send students. They literally do not care.”

This lackadaisical and non-challant attitude said to have been exhibited by the counseling department official had discouraged students from consulting the centers’ services which it ought not to be. The counseling department must see to the mental well-being of the students of the institution and then, these students pay for the services they are meant to render, denying them the right services is absurd, unethical, and unfair to them.

The services of the counseling center are to provide listening ears to the cries and problems so that students suffering physically and mentally can easily be noticed and help be rendered. But it’s so sad that the services haven’t been appropriately rendered which is one of the factors contributing to the rise in depression amongst students.
Depression is killing a lot of youths and the only way to conquer it is to review and revive the counseling center in doing its job as a professional outfit that is capable of creating awareness among people on the importance of counseling and as well as attending to students and not shying away from their responsibilities.

Also, students should learn to speak up when something is wrong. Seek help when you discover things aren’t going fine with you because the counselor department will be useless if students themselves do not keep them busy.
The management of several institutions, particularly the Polytechnic Ibadan, should as well provide adequate facilities to several health centers in the school including the counseling center. This will assist these health practitioners to be able to discharge their duties as and when due and effectively.

On a final note, do always have the fortitude to keep going by remembering that tough times never last, tough people do 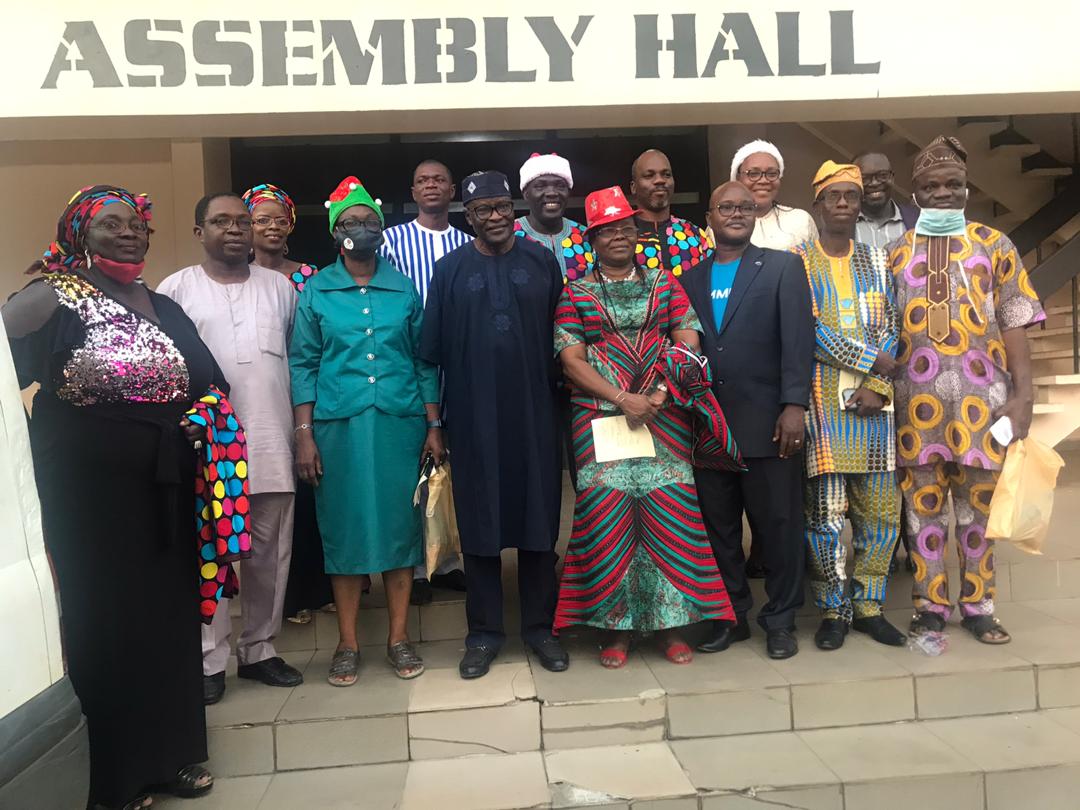